Skip to content
The role of wood in eco-design

Now that the builders have gone and the dust has settled (in some places I’ve even managed to sweep it up) I’ve got time to write about the interesting design and construction features of our extension. This post is about wood and how we used it both structurally and aesthetically to improve the sustainability of what we were building.

Why is wood an eco-friendly construction material?

We used it in our project for all of the above reasons but also because of its breathability. Unlike airtightness, breathability is commonly overlooked in new builds and retrofits but it is crucial to their overall performance. Water, either in the form of vapour or liquid, moves in and out of buildings constantly. A key element for us was to use natural materials (wood, lime plaster, wood fibre insulation) that absorbed and released moisture to create a healthy indoor living environment.

Are there downsides to using wood? Yes, a few. Wood lacks thermal mass which means that it heats up and cools down quickly. In our project, given that we were using low-temperature ground source heat, a lack of thermal mass could have been a big problem. Our architects, Transition by Design, came up with a design structure that combined masonary elements with wood. The north and east facades of the extension were built using aerated clay blocks (see my post Goodbye to the cavity wall on 27th February). The South and West facades were glass and wood. 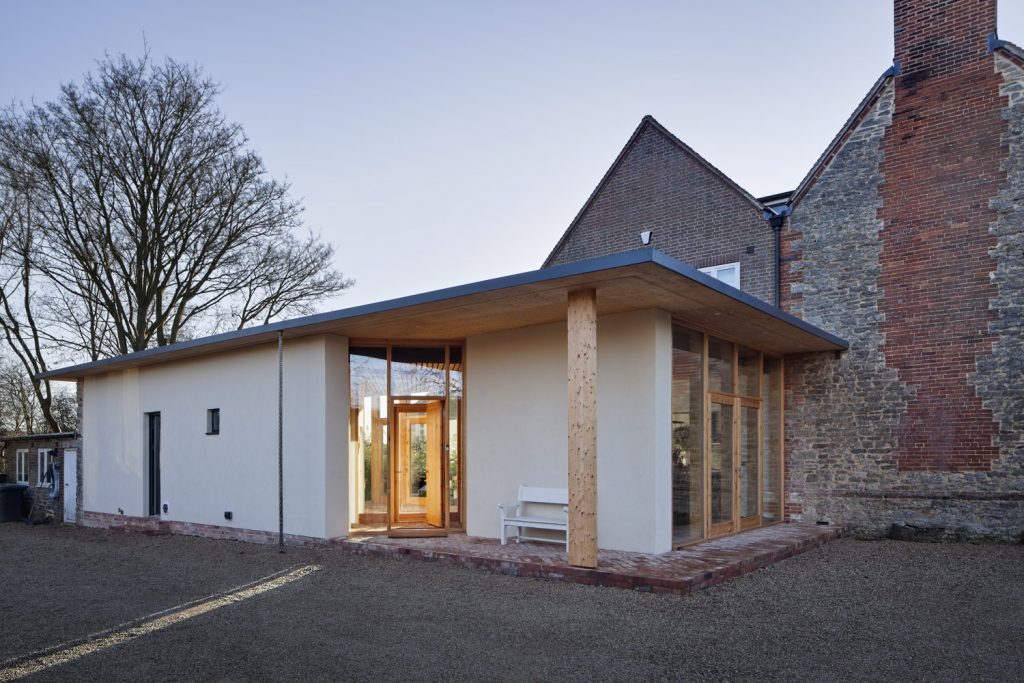 South facade – wood and glass with a generous roof overhang to reduce solar gain in summer: 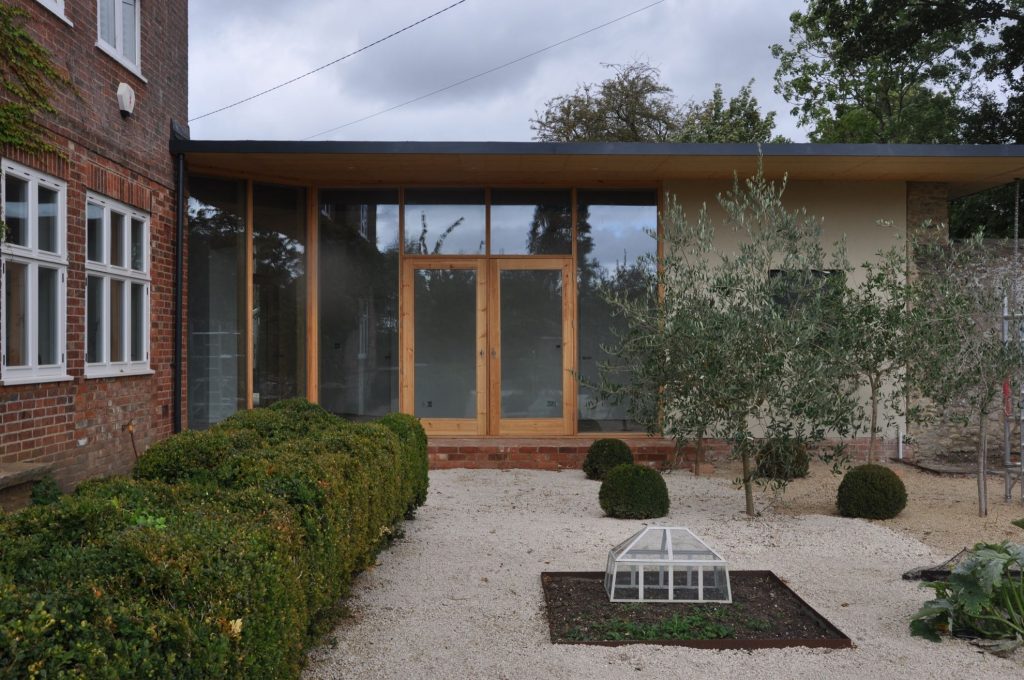 Other downsides are that wood is susceptible to water penetration, fungal attack and temperature change. Hardwood – derived from slower growing tree varieties – is more stable than softwood and has a longer lifespan but there’s less of it and, as a result, it’s expensive. Recently, concern over deforestation of hardwood forests and restrictions on the use of toxic wood preservatives has driven the market for engineered and modified timber.

What is engineered and modified timber? In the past, when using timber in construction the choice was simply between softwood or hardwood. Now new processes have been developed which take low-grade timber and convert it into something with hardwood properties. In our project we used two types – glulam (an engineered timber) and accoya (a modified timber).

Glulam is short for glue laminated timber and, as you can probably guess, consists of smaller bits of timber bonded together with glue. Our extension is over 3m high with large expanses of triple glazing. It would have been prohibitively expensive to find single pieces of timber strong enough and long enough to support it. So instead we used glulam in the following ways:

As a structural beam instead of a steel rsj: 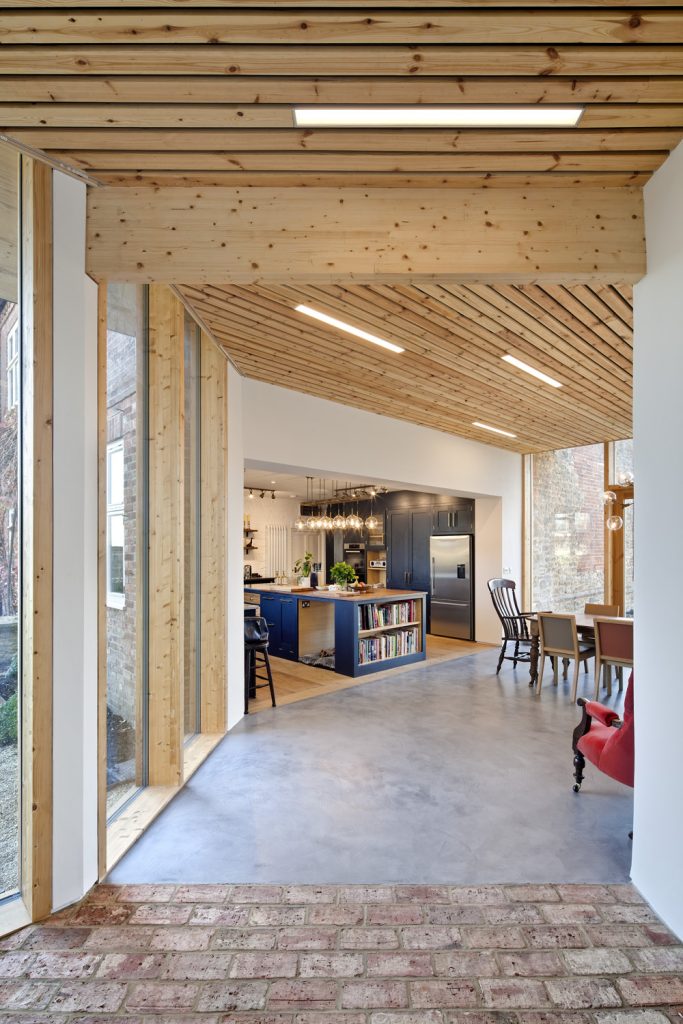 And as mullions to hold the triple glazed panes of glass in the curtain glazing:

The new Olympic Park Pavilion in East London, designed by Acme, will make extensive use of glulam. The structure had to be light-weight with shallow foundations because of its positioning above a rail tunnel hence the predominant use of timber.

Not only can glulam replace steel or concrete elements in a building it can also be used for joinery and can very successfully reduce the embodied energy of a project and the depths of foundations required. Buckland Timber is the largest UK producer of glulam. They currently import larch from Siberia but are also doing tests using British grown timber.

Accoya is a type of pine which is ‘modified’ using non-toxic chemicals so that it becomes dimensionally stable and very resistant to temperature and moisture changes. We used it as the fascia on our flat roof to conceal the gutter: 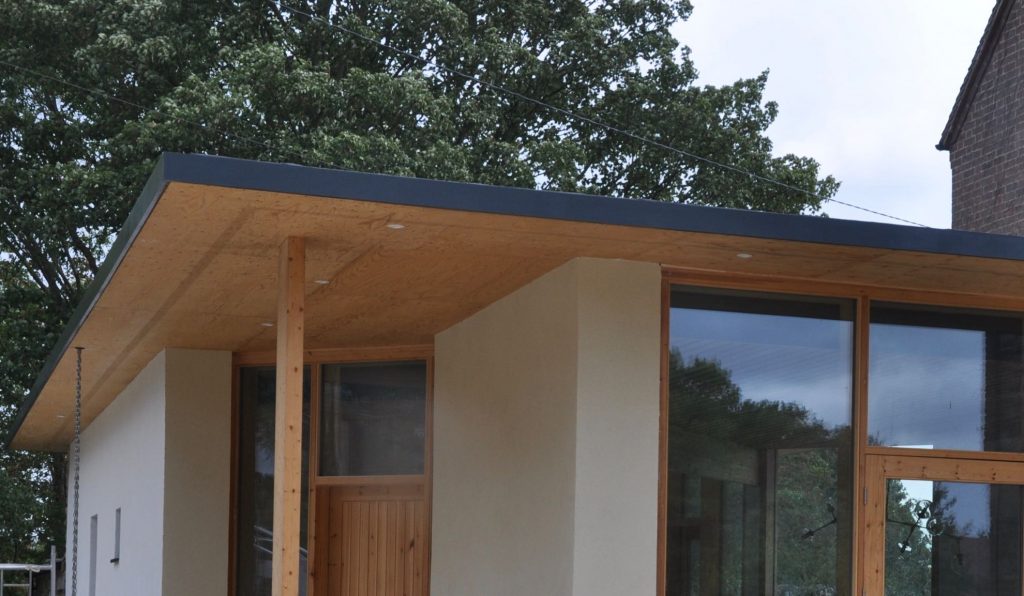 We also used it instead of oak to make these traditional-style casement windows: 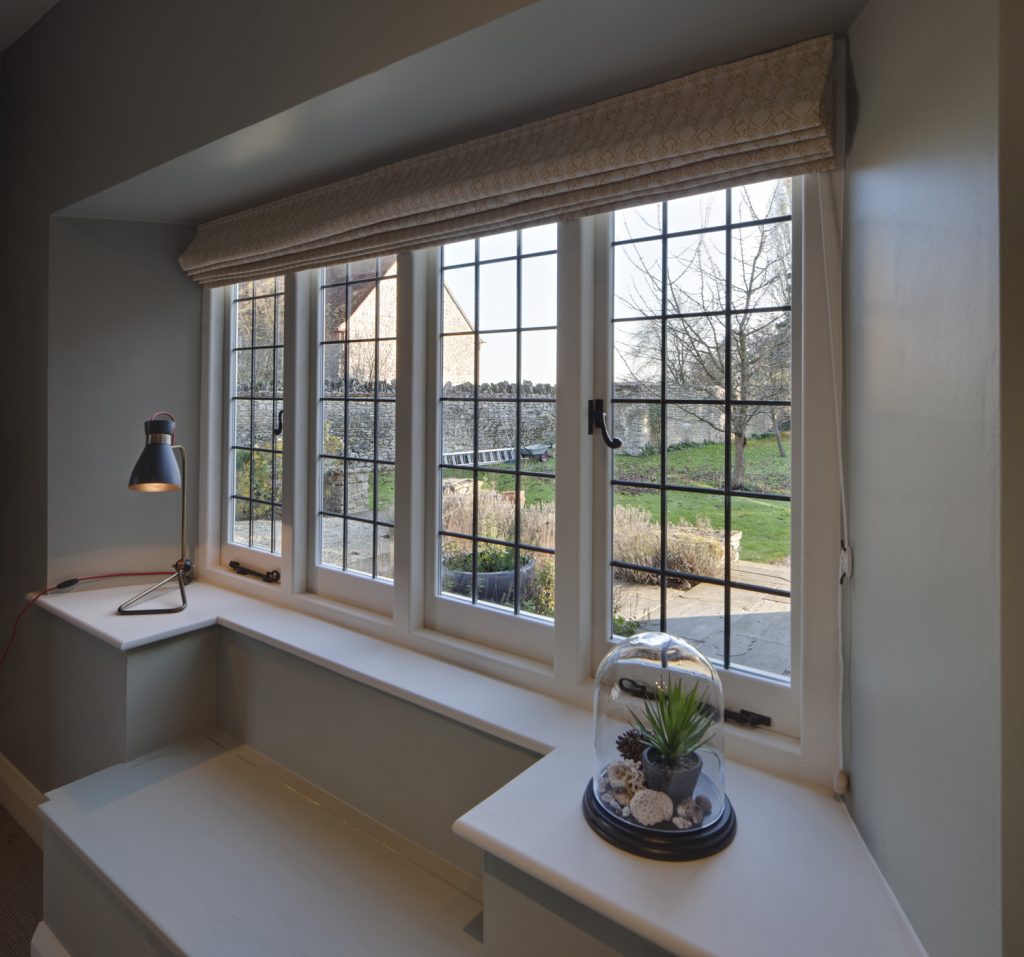 A bit more about modified timber. Modified wood increases the application of low-grade timber and is non-toxic at the point of production, service and end of life. Many timber merchants are starting to enter this market. There are bascially 3 ways of modifying wood:

Acetylation: where softwood is ‘pickled’ in acetic acid to create a highly stable, decay resistant product. The two main brands are Perennial Wood and Accoya.

Furfurylation: where softwood is impregnated with furfuryl acid (an agricultural bi-product) and then heated. The main brand is Kebony which is made in Norway and won the 2018 Global Cleantech 100 award for Europe.

Thermal heat modification: where both hardwoods and softwoods are heated to 200 degrees without oxygen making it resistant to warping and decay. At present, this process produces the highest volume of modified wood but, unlike acetylation and furfurylation, it reduces the strength properties of the  base wood and so is best suited to cladding and decking. Vastern Timber now produces their Brimstone range which is made by thermally modifying English ash, sycamore and poplar. 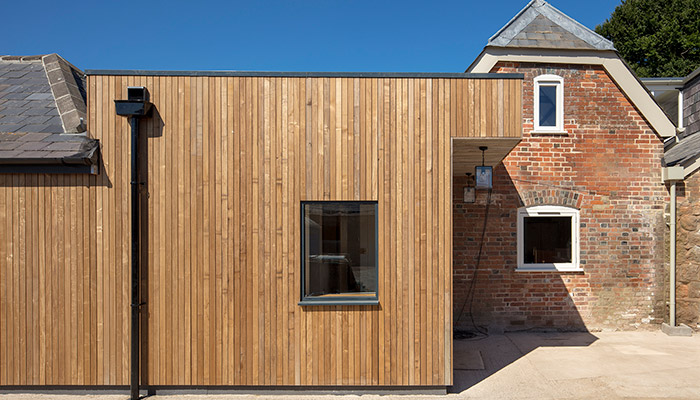 Wood is a great green construction material. The development of engineered and modified timber has increased its functionality and application and hopefully it can be scaled up quickly enough to save the tropical hardwood forests of the world.